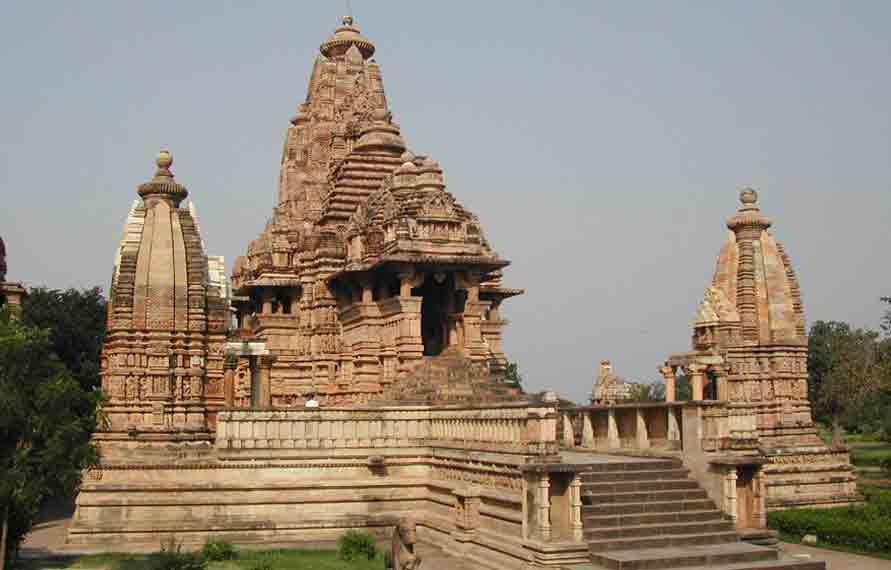 Golden Triangle Tour offers you an opportunity to visit the three most exotic destinations of India named as Delhi, the national capital; Agra, the city of Uttar Pradesh state and Jaipur (Pink City), the capital of Rajasthan. It is the best traversed circuit of India for first time travelers which will provide you the glimpse of the tradition, rich culture, royal heritage and history of India in a short span of time. In the 8 Nights 9 Days Golden Triangle Tour , we have added  two another destinations named as Orchha and Khajuraho which  are located in the state of Madhya Pradesh, famous for their magnificent architectures. This tour will mesmerize you by its unique charm, beauty and diversity.

Day 1: Arrival at Delhi
Upon your arrival at Delhi Airport, our representative will escort you to your hotel.  We will visit Red Fort(World Heritage Site),  Jama Masjid(one of the largest Mosques in India) and  Chandni Chowk which is the heart of the heritage of the Indian traditional society. Here you will feel like it’s a different world altogether. The area is famous for some local shopping and you can give your taste buds some delicious food at GaliParantheWali. Overnight stay at the hotel.
Please note the Red Fort is closed on every Monday.

Day 3: Jaipur Sightseeing
After breakfast, your Jaipur excursion will commence from the historic Amber Fort with a royal ride over an elephant which is decorated traditionally. You will have a spectacular hillside view while ascending the fort. Please note it is important to reach early to avoid standing in the queue; Alternatively, Amber Fort is also open for tourists in the evening where you can enjoy the light and sound show, which is about the history of Rajputana Kingdom. The tour continues to Jal Mahal (a palace that is located in the middle of a lake), Jantar Mantar(an astronomical observatory) and the majestic City Palace. Next place of interest is the Hawa Mahal(Palace of winds), which has 953 small windows. Its purpose was to allow royal women to have a glance of street without being seen. Jaipur is famous for gems, blue pottery, handicrafts and jewelry, which are available in the nearby markets. The Rajasthani cuisine DalBatiChurma is a must try. You may visit ChokhiDhani, a Village Resort to have a glimpse of the roya lRajasthani Culture and tradition. Overnight  stay at the hotel.

Day 9: Khajuraho-Delhi by air
You will board a flight from khajuraho Airport to Delhi and go ahead for your onward journey cherishing the beautiful memories for lifetime.