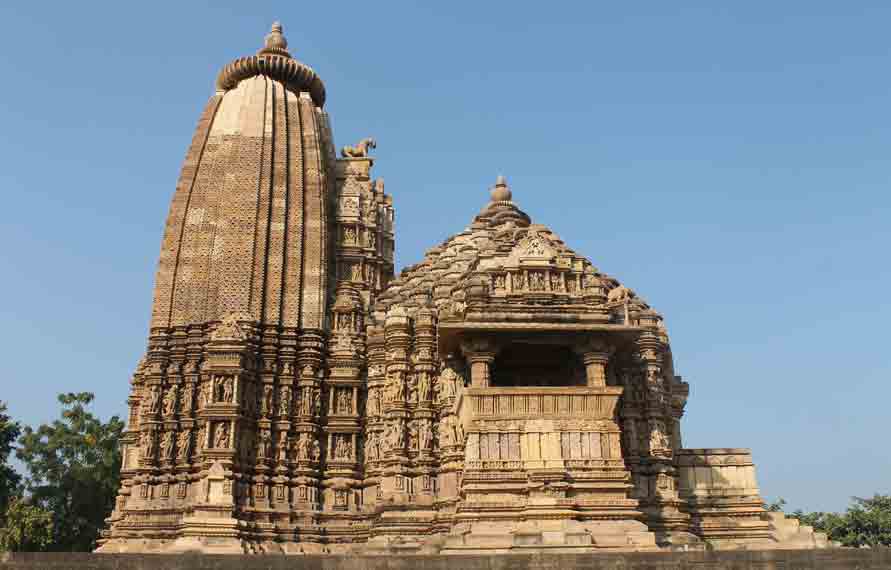 Golden Triangle Tour offers you an opportunity to visit the three most exotic destinations of India named as Delhi, the national capital; Agra, the city of Uttar Pradesh state and Jaipur (Pink City), the capital of Rajasthan. It is the best traversed circuit of India for first time travelers which will provide you the glimpse of the tradition, rich culture, royal heritage and history of India in a short span of time. In the Golden Triangle Tour with Khajuraho and Varanasi, we have included some another destinations named as Orchha and Khajuraho which are located in the state of Madhya Pradesh, famous for their magnificent architectures. And Varansi, the holy city of India is located in the state of Uttar Pradesh, is also known by the name of Kashi and Benaras. This tour will mesmerize you by its unique charm, beauty and diversity.

Day 1: Arrival at Delhi
Upon your arrival at Delhi Airport, our representative will escort you to your hotel.  We will visit Red Fort(World Heritage Site),  Jama Masjid(one of the largest Mosques in India) and  Chandni Chowk which is the heart of the heritage of the Indian traditional society. Here you will feel like it’s a different world altogether. The area is famous for some local shopping and you can give your taste buds some delicious food at Gali Paranthe Wali. Overnight stay at the hotel.
Please note:- the Red Fort is closed on every Monday.

Day 6: Agra-Jhansi by train-Orchha by car(Distance-20Kms) and Orchha Sightseeing
Post breakfast , transfer to the railway station to  board a train for Jhansi. Upon arrival, You will transfer to Orchha and proceed for check-ins into the hotel. Later you will look around some majestic tourist places of Orccha like Jahangir Mahal, Raja Mahal, Rani Mahal, Phool Bagh along with Raja Ram Temple and in the evening return to the hotel for overnight stay.

Day 7: Orchha-Khajuraho by car(Distance-173 Kms)
Post breakfast, our representative will escort you to Khajuraho. Upon arrival, you will transfer to the hotel and proceed for check-ins. Rest of the day is at leisure. Alternatively, you may visit the Light and Sound show at the Western group of Temples which are the UNESCO world heritage sites. Overnight stay at the hotel.

Day 9: Khajuraho-Varanasi by air
Get an assisted transfer to the airport to board a flight to Varanasi. On arrival, meet your representative and transfer to the hotel.  Rest of the day is at leaisure. Overnight stay at the hotel.

Day 10: Varanasi Sightseeing
After breakfast we will begin the tour from Sarnath, 13 Kms away from Varanasi; where Lord Buddha delivered his first sermon. We will look around the following places- Chaukhandi Stupa (historical Buddhist stupa), Sarnath Museum, Dhamek Stupa and Mulagandha Kuti Vihar.  Later, You will visit Banaras Hindu University (established in 1916) and some famous temples of Varanasi like Kashi Vishwanath Temple, Tulsi Manas Temple, Bharat Mata Temple etc. In the evening, you will arrive at Dashashwamedh Ghat  where people gather at the banks of the river Ganges to participate in the grand aarti ceremony. The Aarti starts with the chanting of hymns and prayers in the praise of the Holy River. It offers spectacular sensory experience, when hundreds of lamps light up the river side at dusk, the entire city of Varanasi comes to a standstill and the sound of chimes and dongs reverberates on each and every street. Overnight stay at the hotel.

Day 11: Varanasi – Delhi by air
Wake up early in the morning, you will take a boat to Assi Ghat to witness the unique, cultural and spiritual event called as Subah-e- Banaras. You would be thrilled to see the colourful skyline of Varanasi Ghats with sunlight illuminating the Ghats. After your breakfast, you will board a flight from Varanasi to Delhi. You may proceed for your onward journey.